The Hills in The National Context

The median age of residents is 38 correlating closely with national averages (37). This is due to the high number of families in the area (21% of the population are aged between 0-14) and the high proportion of individuals over the age of 65 (12%).

The Hills Shire is an area highly engaged in education with 32% of residents attending an educational institution. Of these, 30% are in primary school, 26% in secondary school and 24% in a tertiary or technical institution.

Residents of the Hills Shire are highly engaged in the workforce with the full time employment rate higher than the Australian average (62% compared to 60%).

The industries in which residents are most likely to be working are education (primary/secondary), health (hospitals) and hospitality (food services).

The Hills Business in The National Context 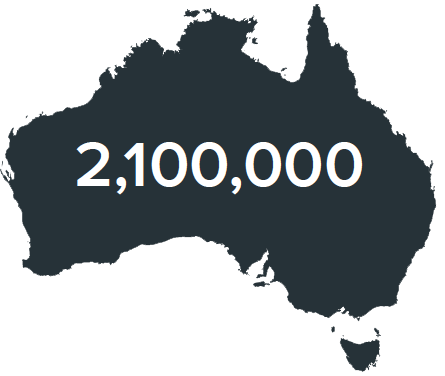 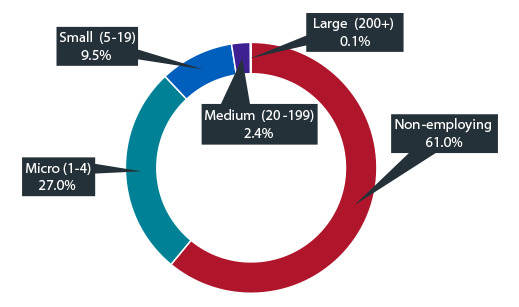 I’ve been a member and partner for the Sydney Hills Business Chamber for the past 5years and being involved in this Chamber has been one of the best decisions for my business. I find that the members are supportive and engaging. They’re programs and networks have been able to guide me through business and I have made some valuable and long lasting connections. Looking forward to working with them as both a partner and a member in the future.

360HR have a long ongoing relationship with the Sydney Hills Business Chamber (SHBC).  We cannot speak highly enough of the SHBC team, their Board and the opportunities the SHBC provides for engaging with other likeminded individuals and businesses. Through their range of events and membership network, the SHBC have greatly assisted in connecting us with businesses from the local business community, who have referred us their connections both within and outside of the area.

I can thoroughly recommend Sydney Hills Business Chamber. This is more than a Business Chamber, it is a community. People here actually care. They want to help you get to know others and build relationships where you can learn to know, like and trust other business owners. The Chamber has quite a few innovative ways of doing things that sets it apart as well – such as our MyBoard Groups. These are small groups which meet fortnightly where you can build relationship and seek advice and support from like minded business professionals. Joining Sydney Hills Business Chamber over 7 years ago was a very positive move for my business and has led to some great friendships many of whom have become clients I have had the privilege to serve.

Mulpha is about doing things for the right reason, striving to continually strike the right balance in responding to all of the challenges that people and businesses face in todays rich but complex world. We acknowledge that you can’t do that in isolation and that there are certain organisations and people out there that can more than help in progressing one’s Vision. The Sydney Hills Business Chamber is one of these ‘pots of gold’ that can be a huge strength to an organisation or individual – one of those situations where the pot never runs out….the more you put in, the more you’ll get out.

The Hills Shire Council and the Sydney Hills Business Chamber have enjoyed a long and highly productive relationship, working together to support our valued local business community to connect, grow stronger and thrive. If you own or represent a local business, I encourage you to become a member and enjoy the value the chamber can add through workshops, information sharing, networking and importantly, relationship building. We look forward to continuing our alliance with the Chamber in the future.

We have been members of SHBC since 2014 and partners since 2016. We have found the organisation to be one which is well organised, inclusive and great forum for addressing leadership challenges. The organisation has helped us in developing, connecting and growing us individually and as a whole and we consider it a privilege to continue our membership/partnership with the Chamber for many more years to come.

The SHBC has been both proactive and professional in every interaction with my team, also proving to be highly agile during the Covid-19 Pandemic by successfully adapting to quality on-line content, ensuring links with members were well maintained when they were needed most. As a member of the SHBC Corporate Group I have been able to successfully leverage new networks and relationships which have benefitted myself both from a personal and business sense.

I would highly recommend any Business in the Hills and surrounding areas who want to improve sales and grow networks, to join SHBC and soon!

As a  member of the SHBC for the past 3 years I have had the privilege to expand my network with likeminded individuals whom are all committed to helping each other and their respective business grow. SHBC is unlike any other  another Chamber as they are inclusive of everyone and genuinely committed to making sure you get the most out of membership through their events, skilling seminars and social after 5’s. If you have been thinking about joining I strongly encourage you to do so, and look forward to meeting you at the next event!

In my experience over the last five years, our partnership with the Sydney Hills Business Chamber has continued to benefit our organisation and particularly our sales and marketing team. We’ve enjoyed making dozens of great, strategic connections at events and thankfully won the right types of new projects too!. Plus, our whole team have benefited from the keynotes at events where we’ve learnt immensely from the speakers, leaders and partners of the SHBC!

Since joining the Sydney Hills Business Chamber I have had nothing but value add, support, connection with people who are a real plus to our organisation and truly added more value to my networks. We are an organisation that is growing quickly and is a leader in the industry we are involved in, so being a part of the correct networks is crucial for us. The Sydney Hills Business Chamber has been a great piece within our networking and value add structure as a business. The value add is truly both ways.

To apply you will need to login to the Chamber Website. Press “Login” below to be redirected to the login page. After logging in, return to this page, refresh the page to see the application form.

You will be redirected to a new tab with the login page when clicking the “Login” button below. After logging in, please return to this page and refresh it to access the members only content.

Please fill out the form below and we will contact you to discuss pay-by-the-month options.
Go to Top